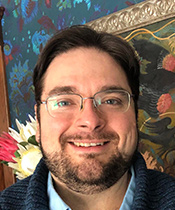 Bryan graduated with his bachelors in tuba performance in 2005 and his masters in tuba performance in 2008 and from Ithaca College in New York. He also completed his teaching certification in 2011 from Mercyhurst College in his hometown of Erie Pennsylvania. Music has been a part of Bryan's life since he was eight years old when he started playing saxophone. Since then, he has become a professional tuba player and has performed in every genre of music from rock to classical. He has performed in many different types of ensembles from symphony orchestras, wind ensembles, concert bands, marching bands, brass quintets, tuba quartets, solo recitals, to jazz and klezmer groups. His music has allowed him to travel to Italy, Ireland, and New York City to perform. He also composes and arranges music. Bryan was a marching band director for three years before moving to North Dakota where he currently teaches K-12 music in the Maple Valley School District. He has taught private music lessons on all woodwind and brass instruments for over 10 years.

Bryan has requested a minimum age of 5 years old.