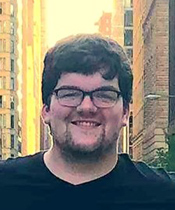 Nicholas Crist is currently attending Concordia College pursuing a major in Cello Performance. With an intense interest in pedagogy, Nicholas has a firm belief in making sure that the technical foundations of cello playing are solidified which leads to the basic knowledge of the cello required to be proficient. As a cellist with an emphasis in performance he has held a multitude of roles in large ensembles including: Assistant Principal with the Concordia Orchestra and the Heartland Symphony, Substitute Cello with the Fargo-Moorhead Symphony Orchestra, and Section Cellist with the Bemidji Symphony Orchestra. To further his education Nicholas has attended many music festivals including the Oracle Chamber Music Festival, the Northstar Chamber Music Festival, and the Lutheran Summer Music Festival. At these festivals Nicholas has performed as a soloist and in many chamber ensembles playing standard quartet repertoire by composers such as: Dvorak, Mozart, Mendelssohn, and Gliere.

Nicholas is a firm believer of education through performance and demonstrates that by being an active freelance musician in the Fargo-Moorhead area performing for corporate events, weddings, and other private events. Future performances in the Fargo-Moorhead area include a Junior Recital in the Spring of 2020 featuring pieces by Benjamin Britten and Ludwig van Beethoven.

Nicholas D. has requested a minimum age of 5 years old.