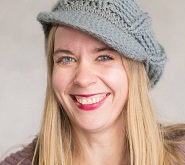 Kari Steen completed her Bachelor of Arts degree from Concordia College in 2009. She began studying piano in 1993 and has worked with instructors Connie Nelson (liturgical), Jay Hershberger (classical), and Mary Cotton-Marshall (jazz). Kari performed in jazz band throughout junior and senior high school, as well as a year in the Edina High School Concert Band as the program's first pianist. Kari has been accompanying choirs, soloists, and small ensembles since 1996 and currently is an accompanist for all three music programs at Sheyenne High School for solo/ensemble contests. She has also accompanied the Elementary Orchestra program at Centennial Elementary School in Fargo and was the church pianist for a local parish for the last several years.

Ms. Steen is currently a returning member to the Fargo Moorhead Choral Artists and sang with the Master Chorale for 3 years. She also sang in Cantabile under June Rauschnabel and then the Concordia Choir for 2 years under Rene Clausen. Kari has also pursued an active solo singer/songwriter career, performing in the Minneapolis circuit from 2006-2009 and now performing in Fargo regularly. She has organized and presented an annual Carole King tribute at The HoDo since 2016 featuring Pat Lenertz and other local musicians. Kari sings and plays keyboards with local bands The Human Element and The Gina Powers Band, as well as having recently debuted her own solo project with a backing band June 2018.

Kari has requested a minimum age of 5 years old.