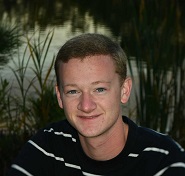 Trey is a Senior Music Education and All-Grades Education Major at Augustana University, where he studies Euphonium and Trombone from Jason Roseth. Trey grew up in music, learning basic musicianship from a local boys' choir, known as The Singing Boys of Sioux Falls, in which he participated for four years. During this time, Trey started learning the euphonium in his elementary band program, and by his senior year of high school, Trey had learned trombone and was a member of the RHS Concert Choir, Symphonic Band, RHS Jazz 1, and a four-year member and two-year section leader in the high school marching band. In the summer of 2018, Trey was a member of the Madison Scouts Drum and Bugle Corps, touring and performing at venues across the Midwest and East Coast.