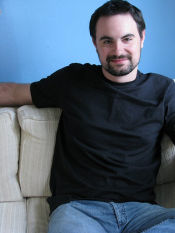 Nicholas J. White hails from the Tampa Bay area of Florida. He began playing the horn in Middle School and has been playing and teaching ever since. He went on to study music composition at the New England Conservatory and the St. Petersburg Conservatory in St. Petersburg, Russia where he studied with John Mallia and Sergei Slonimsky respectively. As a composer his music has been heard all over the world, everywhere from the Edvard Munch Museum in Olso, Norway, to Carnegie Hall in New York City.

As a hornist Nick has been heard in various venues and ensembles around the country. He specializes in pit playing for opera and musical theatre and has been heard at the St. Petersburg Opera (Florida), on the National Tour of 'A Christmas Carol' The Musical, as well as many regional theaters around the country. Locally he can be heard at the Chanhassen Dinner Theatre where he plays Principal Horn, as well as other theaters in town including the Guthrie, Yellow Tree, The Old Log Theater, and 7th House Theatre. He is also an active chamber musician and promoter of new music. He plays a custom Patterson Geyer-Knopf and an 'L' Series Conn 8D.

In addition to the horn, Nick is an accomplished guitarist, also primarily as a pit player. As a guitarist for musical theatre he is familiar with many different styles of playing and doubles on the banjo and the mandolin.

Nick lives in Minneapolis with his wife Serena and his cat Vicky.