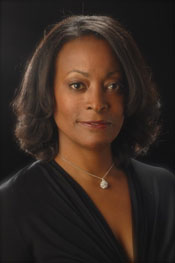 Born in Chicago, Lila Ammons is a Minnesota-based vocalist with a wide-range of experience. Ammons started singing publically at age five, studied piano and violin for several years, and performed in school and all-city orchestras and choirs, theater plays, and musical theater, before deciding to attend college and major in music. A New York City based classical singer for several years, Ammons's strong desire to return to her roots led her back to jazz, blues, and most recently, boogie woogie. Ammons's musical "roots" are legendary. She is the granddaughter of the great boogie woogie pianist, Albert Ammons, and niece of tenor sax titan Gene (Jug) Ammons.

As a jazz vocalist, Ammons has appeared in several Twin Cities venues, such as Rossi's Blue Room, The Times Cafe, Sofia's, The Dakota Jazz Club, and The Dakota County Jazz Club. She has also sung in several festivals, including the Twin Cities Jazz (summer and winter) festivals, Arts and All That Jazz and Freedom Jazz Festivals. In addition, she has performed in the Chicago Blues and Cincinnati Blues and Boogie Woogie Festivals.

In 2008, she began touring Europe with German pianist, Axel Zwingenberger, world renowned for his performances and compositions of boogie woogie and classic blues piano. They are performing to sold out theaters and receiving glowing reviews. With Zwingenberger, she has performed in the Ascona Jazz Festival (Switzerland), The Stars of Boogie Woogie Festival (Vienna, Austria), Duc de Lombard Boogie and Blues Festival (Paris, France), Bansko International Jazz Festival (Bulgaria, Salzburg Jazzherbst, and the Stars of Boogie Woogie Festival (Vienna, Austria). As a solo vocalist, she has sung at the Laroquebrou Boogie and Blues Festival (France), Holland International Boogie Woogie Festival (Netherlands) and festivals in Brussels, Belgium. Most recently, she has been featured vocalist with the ABC&D of Boogie Woogie Quartet with Zwingenberger and British musicians Charlie Watts, Ben Waters and Dave Green. She was also featured on the BBC 2 Radio program hosted by British musician and radio/Television host Jools Holland, pianist and founding member of "Squeeze," a popular band during the late 1970s, '80?s and '90?s. Holland is host of the very popular British television show, "Later... With Jools Holland".

Ammons and Zwingenberger recorded a CD early in their partnership (2008) entitled, "Lady Sings The Boogie Woogie," a collection of lost gems of the boogie woogie and classic blues eras . Ammons is currently in the midst of recording her own debut jazz CD.

Lila has requested a minimum age of 6+ years old.